Adopting the Texas Supreme Court’s answer to its certified question, the federal appellate court observes that its decision "ensures uniformity of Texas law" in both federal and state courts.

A lender who discharges a prior, valid lien on a borrower’s homestead property is entitled to subrogation, even if the lender failed to correct a curable defect in the loan documents under § 50 of the Texas Constitution, the U.S. Court of Appeals for the Fifth Circuit has ruled. Adopting the Texas Supreme Court’s answer to its certified question posed to the state’s high court, the Fifth Circuit underscored that its decision is "binding on all litigants regardless of whether suit is filed in state or federal court, thereby ensuring uniformity of Texas law wherever it may govern." In its substitute opinion, the Fifth Circuit: noted the denial of a petition for a rehearing en banc, reversed the federal trial court’s ruling to the contrary, and remanded the matter (Zepeda v. Federal Home Loan Mortgage Corp., July 22, 2020, Ho, J.).

Backdrop. A homeowner obtained a home-equity loan to refinance an earlier loan debt that had been secured by her homestead as collateral. Eventually, the refinanced loan was sold to the Federal Home Loan Mortgage Corporation (Freddie Mac), and, in her quiet title action, the homeowner contended that because Freddie Mac "failed to cure the constitutional defect in the loan documents within 60 days of notification," Freddie Mac did not possess a valid lien on her property.

Lower court’s ruling. After reviewing applicable case law, the federal trial court ultimately concluded that the homeowner’s lender was afforded ample notice and opportunity to cure the defect in the lien "in the straightforward manner contemplated by the drafters of the Texas Constitution, and yet failed to do so." From the federal district court’s perspective, there was "no indication that this error was justified by any factor other than oversight." As a result, the trial court held that "the law’s protection of the homestead is simply too great for equity to favor the lender over the borrower under such circumstances."

Appellate review; procedural context. On appeal, the Fifth Circuit panel conducted its own independent review of Texas case law, "in addition to considering the analysis conducted by the respected district judge in this case," and concluded that the case presented "at best, an open question of Texas law." Accordingly, the Fifth Circuit posed a certified question to the Supreme Court of Texas.

In April 2020, in response to the posed certified question, the Texas Supreme Court determined that, under Texas law, "a lender who discharges a prior, valid lien on the borrower’s homestead property is entitled to subrogation, even if the lender failed to correct a curable defect in the loan documents under § 50 of the Texas Constitution" (Federal Home Loan Mortgage Corp. v. Zepeda, April 24, 2020, Hecht, J.).

Now in its July 22, 2020, opinion (replacing a former one affirming the federal district court’s finding of no contractual subrogation), the Fifth Circuit appellate panel emphasizes the rationale of the Texas Supreme Court. For instance, the appellate panel notes that the Texas Supreme Court explained that none of its subsequent § 50 Texas Constitution decisions had "considered any factor other than the lender’s discharge of a prior, valid lien." Moreover, the Texas high court communicated that "a lender’s right to subrogation is ‘fixed’ when the prior, valid lien is discharged."

"[W]e are gratified that our distinguished colleagues on the Texas Supreme Court agreed, accepted our certified question, and have now provided the definitive and authoritative answer," the Fifth Circuit panel remarked.

Final disposition. In its substitute opinion, the appellate panel reversed the decision of the federal trial court and remanded the matter for "further proceedings consistent with the decision of the Supreme Court of Texas." Further, finding that "no member of this panel nor judge in active service having requested that the court be polled on rehearing en banc, the petition for rehearing en banc is denied."

Meet the experts behind the article
Thomas G. Wolfe
Writer/Analyst 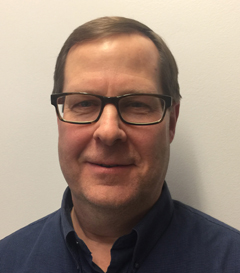 Toward Uniformly Accepted Principles for Interpreting MFN Clauses: Striking a Balance Between Sovereignty and the Protection of
By Nudrat Ejaz Piracha
$230.00