The CFPB’s single-Director configuration is "incompatible" with the structure of the Constitution.

The U.S. Supreme Court has ruled, in a 5-4 decision, that the current structure of the Consumer Financial Protection Bureau is "incompatible with our constitutional structure" since it impedes upon the President’s removal powers under Article II of the U.S. Constitution. (Seila Law LLC v. Consumer Financial Protection Bureau, June 29, 2020, Roberts, J.).

The case stems from the CFPB’s attempt to enforce a civil investigative demand (CID) against Seila Law to determine whether it had engaged in unlawful acts or practices in the advertising, marketing, or sale of debt relief services. Seila Law petitioned the CFPB to modify or set aside the CID, on the grounds that "an unconstitutional agency" had issued it, because the Dodd-Frank Act’s restriction on the President’s authority to remove the Bureau’s director violates the separation of powers. The CFPB sought to enforce the CID in a federal district court, which was not persuaded that the CFPB is unconstitutionally structured. The Ninth Circuit Court of Appeals affirmed the lower court, and Seila Law appealed to the Supreme Court.

At the request of the U.S. Supreme Court, former Solicitor General Paul D. Clement filed an amicus curiae brief in the case arguing that the CFPB’s independent single-director structure does not violate constitutional separation-of-powers principles. An amicus curiae was needed because the Justice Department and the CFPB itself are taking the position that the CFPB’s structure is unconstitutional.

Removal powers. In his opinion, Chief Justice Roberts, wrote that the "CFPB’s single-Director structure is an innovation with no foothold in history or tradition" and declined to extend Court precedent found in Humphrey’s Executor v. United States, 295 U.S. 602, and Morrison v. Olson, 487 U.S. 654, that had upheld certain congressional limits on the President’s removal power. Justices Clarence Thomas, Samuel A. Alito Jr., Neil M. Gorsuch, and Brett M. Kavanaugh also joined with Roberts regarding the separation of powers violation.

"Appropriate remedy." Once it was determined that the CFPB’s structure was unconstitutional, the Court addressed an "appropriate remedy." The Court noted that there was an issue as to whether the CID in question was ratified "by an Acting Director accountable to the President." The Court went on and found that the severability provision of the Dodd-Frank Act allowed the CFPB’s structure and duties to remain fully operative since those "provisions are capable of functioning independently." The Court concluded, "Because we find the Director’s removal protection severable from the other provisions of Dodd-Frank that establish the CFPB, we remand for the Court of Appeals to consider whether the civil investigative demand was validly ratified."

In a separate opinion, Justice Thomas disagreed with the plurality decision to sever the removal restriction; discussed overruling the exception found in Humphrey’s Executor; and would have "resolve[d] this case by simply denying the CFPB’s petition to enforce the civil investigative demand."

Knowledge and experience. Justice Elena Kagan, along with Justices Ruth Bader Ginsburg, Stephen G. Breyer, and Sonia Sotomayor concurred with the plurality’s decision on the severability issue but dissented on the issue of the President’s removal authority and separation of powers. Although the Kagan dissent provided a lengthy analysis on the separation of powers issue, it could be distilled as follows:

"But the Constitution—both as originally drafted and as practiced—mostly leaves disagreements about administrative structure to Congress and the President, who have the knowledge and experience needed to address them. Within broad bounds, it keeps the courts—who do not—out of the picture. The Court today fails to respect its proper role."

Kagan added, "The majority offers the civics class version of separation of powers—call it the Schoolhouse Rock definition of the phrase."

Reaction. Following the Court’s decision, reaction from members of Congress and various advocacy and trade groups fell along political and ideological lines.

The Ranking Member of the House Financial Services Committee, Rep. Patrick McHenry (R-NC), said, "Today, the Supreme Court recognized what Republicans have been saying for years—the CFPB’s leadership structure is unconstitutional. The responsibility to fix it now shifts back to Congress. I hope my Democrat colleagues will work with us to bring the CFPB within the boundaries of the Court’s opinion to create an accountable agency that works for all American consumers."

Rep. Blaine Luetkemeyer (R-Mo), the Ranking Member of the House Subcommittee on Consumer Protection and Financial Institutions, noted, "While the ruling is a step in the right direction, it does not change the fact that consumer protection regulation is controlled by a sole director, giving one person an enormous amount of power over the American economy. It also subjects the Bureau to partisan policy shifts with each new Administration. My bill, the Consumer Financial Protection Commission Act would put a bipartisan commission in place to ensure consumer protection rules and regulations will not change with the political tide. It gives our economy the certainty we need to continue creating jobs and grants consumers protections they can count on. Now is the time for us to work together and pass this bill."

On the other hand, the Ranking Member of the Senate Banking Committee, Sherrod Brown (D-Ohio) called the decision "the latest example of the Supreme Court putting corporations over consumers." He added, "It flies in the face of the hard lessons we learned from the 2008 financial crisis, which devastated American families and wiped out generations of gains for Black and Latino households. That crisis was enabled by gaps in consumer protections and lax oversight by regulators that viewed Wall Street banks and other lenders as their ‘clients.’" Brown concluded, "While the Supreme Court’s decision is a setback for the independence of the Bureau, it does not mean Director Kraninger can shirk from her duties to the American people. She must return the CFPB to its core mission: putting consumers first. She should find the courage to do so."

Sen. Elizabeth Warren (D-Mass), considered to be the "architect" of the CFPB, release a series of tweets stating that "The CFPB is here to stay."

In a statement, Dennis M. Kelleher, President and Chief Executive Officer of Better Markets, said, "Finally, there was a very effective cop on the Wall Street beat and the financial industry was furious. It wanted to keep that money in their pockets, not return it to their victims. It has spent enormous time and money buying political allies and funding attacks on the CFPB. Today’s Supreme Court decision, with the full support of the Trump administration, Wall Street’s best friend in Washington, is the return on that investment. While the Court removed the protection for the director, the CFPB is still mandated by the law to protect financial consumers not financial predators. It is long past time for Trump’s CFPB Director to follow the law."

Linda Jun, senior policy counsel, Americans for Financial Reform Education Fund, commented that "the Supreme Court has chosen to ignore Congressional intent to maximize the bureau’s independence to best protect the American public from harm. Instead, the Court has sided with those who have spent the last decade trying to undermine the CFPB’s effectiveness and weaken its authority, efforts that have often been led by the industries the agency is charged with regulating."

"Today’s decision by the Supreme Court is troublesome for the independence of the CFPB," said Rachel Weintraub, Legislative Director and General Counsel with Consumer Federation of America. Rachel Gittleman, Financial Services Outreach Manager for CFA, added, "This decision weakens the CFPB Director’s independence; an unfortunate move given that the Director should not be considering political priorities when enacting regulations, bringing enforcement actions, or holding financial institutions accountable."

Robert Weissman, president, Public Citizen, said, "Today’s decision is wrong, but there are two silver linings. First, the court did not fall for the argument that the good work the CFPB has done so far must be undone because of Congress’ unsuccessful effort to protect its director’s independence. Second, and perhaps even more importantly, when we again have a president who cares about consumer protection, he or she can immediately fire any CFPB director who is dedicated to thwarting rather than fulfilling the agency’s mission of consumer protection."

Finally, U.S. PIRG Education Fund’s Senior Director of Federal Consumer Program Ed Mierzwinski and Litigation Director Mike Landis released statements. Mierzwinski said, "Now, the Supreme Court has agreed with the CFPB’s director, who actively worked with the Trump administration and a debt collection law firm, of all things, to undermine the Bureau’s independence from politically-connected special interests." Landis added, "Today, the Supreme Court ignored decades of precedent telling us that the answer is ‘no.’ Today’s decision gives more power to the president and creates the opportunity for undue political influence to outweigh reasoned decision-making by federal agencies."

Consumer Bankers Association President and CEO Richard Hunt noted that the decision "further exacerbate[es] the political influence that has already plagued the Bureau" and "Congress should immediately pass legislation creating a bipartisan commission to lead the CFPB—just as the Democratic-led House of Representatives originally intended in 2009."

Finally, Rob Nichols, president and CEO of the American Bankers Association said the decision "resolves important questions surrounding the Bureau’s design and its future." He added, We still believe that Congress has an opportunity to strengthen the CFPB over the long term by converting the Bureau into a five-member, bipartisan commission as envisioned in drafts of the Dodd-Frank Act."

Court denies cert. in NCUA, SCRA cases. Separately, the Supreme Court has denied petitions for certiorari in two other cases of interest to the banking and finance community. First, in American Bankers Association v. National Credit Union Administration (No. 19-1115), the Court declined to review whether the NCUA allegedly exceeded its congressional grant of authority to adopt its own interpretations outside the "plain meaning" of the underlying law and stepped beyond "ordinary bounds" to be entitled to Chevron deference. In the underlying case, the U.S. Court of Appeals for the District of Columbia determined that although the NCUA’s definitional rules acceptably interpreted most of the pertinent federal law, a NCUA modification that would allow community credit unions to include suburbs while excluding central urban areas could not stand unless the NCUA could explain how it would avoid increasing the risk of racial discrimination (Banking and Finance Law Daily, Aug. 21, 2019).

Next, in Fodge v. Trustmark National Bank (No. 19-1270), the Supreme Court declined to review a petition asking the High Court whether Louisiana’s practice of allowing mortgagee banks and creditors to use "confession of judgment" clauses in mortgage documents to procure and sell homes of military personnel violates the Supremacy Clause of the U.S. Constitution when the Servicemembers Civil Relief Act purportedly invalidates these clauses and temporarily suspends foreclosure proceedings during a servicemember’s active military duty. In the underlying cases, the federal trial court dismissed the servicemembers’ SCRA lawsuit, and, in a case of first impression, the U.S. Court of Appeals for the Fifth Circuit upheld the dismissal and rejected the servicemembers’ argument that the Louisiana executory foreclosure proceedings constituted "default judgments" under the SCRA because each of the servicemembers’ agreements with the bank contained a clause importing a "confession of judgment" (see Banking and Finance Law Daily, Dec. 20, 2019). 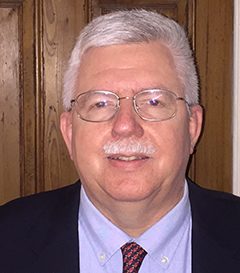