Axon, the subject of an ongoing FTC antitrust investigation and formal administrative proceeding over its acquisition of competitor Vievu, must bring its constitutional challenges and attempt to enjoin those proceedings in the administrative action, and may appeal, if necessary, in the Court of Appeals.

The federal district court in Phoenix lacked subject matter jurisdiction to entertain constitutional challenges to the FTC’s structure, role, and processes, brought by Axon Enterprise, Inc., the subject of an ongoing FTC antitrust investigation and formal administrative proceeding over its acquisition of competitor Vievu. It was "fairly discernable" from the FTC Act that Congress intended to preclude district courts from reviewing the type of constitutional claims Axon asserted, according to the court. Axon must bring those challenges, and its request for an injunction enjoining the FTC’s administrative proceedings, in the administrative action and may appeal, if necessary, in the Court of Appeals. Thus, Axon’s complaint was dismissed and its request for injunctive relief denied as moot (Axon Enterprise Inc. v FTC, April 8, 2020, Lanza, D.).

Axon, formerly known as TASER International, acquired its competitor Vievu in 2018. The FTC announced an antitrust investigation into the transaction and Axon cooperated. According to Axon, after the investigation the FTC told it that it could either: (1) agree to a "blank check" settlement that would rescind its acquisition of Vievu and transfer some of its intellectual property to the newly restored Vievu; or (2) face an administrative complaint by the agency. Axon then filed this complaint alleging a violation of its Fifth Amendment rights to due process and equal protection and seeking an injunction halting the administrative proceedings before the FTC.

Specifically, Axon alleged three constitutional claims in this action: (1) the FTC’s structure violates Article II of the Constitution because its commissioners are not subject to at-will removal by the President and its administrative law judges (ALJs), who are appointed by its commissioners, are also insulated from at-will removal; (2) the FTC’s combined role of "prosecutor, judge, and jury" during administrative proceedings violates the Due Process Clause of the Fifth Amendment; and (3) the FTC and the Antitrust Division of the U.S. Department of Justice, which are both responsible for reviewing the antitrust implications of acquisitions but employ different procedures and substantive standards when conducting such review, utilize an arbitrary and irrational "clearance" process when deciding which agency will review a particular acquisition, in violation of the Equal Protection Clause of the Fifth Amendment.

The applicable standard. Nothing in the FTC Act expressly divests district courts of jurisdiction to entertain constitutional claims of the sort raised by Axon, but between 1994 and 2012, the Supreme Court addressed whether Congress’s enactment of a scheme of administrative adjudication should be interpreted as an implicit decision by Congress to preclude district court jurisdiction. Although none of those decisions involved the FTC Act, they controlled the analysis here, according to the court.

The first decision, Thunder Basin Coal Co. v. Reich, 510 U.S. 200 (1994), addressed the preclusive effect of the Federal Mine Safety and Health Amendments Act of 1977 ("Mine Act"). The Court held that when a statutory scheme, such as the Mine Act, "allocate[s] initial review to an administrative body" and authorizes only "delayed judicial review," courts must analyze three factors—(1) "the statute’s language, structure, and purpose," (2) "its legislative history," and (3) "whether the claims can be afforded meaningful review"—when assessing whether Congress’s intent to "preclude initial judicial review" can be "fairly," if impliedly, "discerned" from the statutory scheme. Id. at 207. The Court in Thunder Basin then analyzed these factors and concluded that all three supported a finding of preclusion. The second two decisions reaffirmed that the relevant question in such a case as this is whether Congressional intent to implicitly preclude district court jurisdiction through the enactment of an administrative review scheme—in this case the FTC Act, is "fairly discernable" from the Act.

The FTC Act. Under the first Thunder Basin factor, "the statute’s language, structure, and purpose," the text and structure of the FTC Act closely resemble those of the Mine Act. The FTC Act sets out a detailed scheme for preventing the use of unfair methods of competition and creates timelines and mechanisms for adjudicating alleged violations that are similar to those outlined in the Mine Act. Most importantly, the FTC Act’s judicial review process is similar to the Mine Act’s, up to and including conferring "exclusive jurisdiction" upon the relevant Court of Appeals to affirm, modify, or set aside final agency orders, the court noted.

The FTC Act also contains a provision authorizing the FTC (but not regulated parties) to file a lawsuit in federal district court. In Thunder Basin, the Supreme Court stated that an inference of preclusive effect arose because the Mine Act allowed the Secretary of Labor to file certain claims in district court but "[m]ine operators enjoy no corresponding right." 510 U.S. at 209. That inference applied here, the court observed. Finally, the purpose of the FTC Act suggested that Congress intended to preclude district court jurisdiction. Where Congress acts to introduce a statutory scheme that brings order from chaos, it indicates that Congress intended to preclude district court jurisdiction.

The exact nature of third Thunder Basin factor, "whether the claims can be afforded meaningful review," has been clouded by subsequent case law, but other appellate courts have recognized its "unsettled" nature and concluded that "the most critical thread in the case law is . . . whether the plaintiff will be able to receive meaningful judicial review without access to the district courts." The court agreed and followed the same approach here.

Axon’s argument that "the FTC Act affords no meaningful review of Axon’s claims outside this lawsuit" was without merit, the court opined. Axon can present its constitutional claims during the pending administrative proceeding—indeed, Axon has presented them—and can renew them, if necessary, when seeking review of the FTC’s final cease-and-desist order in a federal appellate court, the court determined. Critically, Axon acknowledged that it "could, in theory, raise its constitutional claims on appeal from an adverse Commission order" and merely argued that the availability of such review "is irrelevant" because "the Commission rules do not allow Axon to depose the DOJ officials who participated in the clearance process without first getting the permission of the FTC-appointed ALJ" and "there will be no guarantee of an administrative record that will allow a reviewing court to decide those claims." These arguments were unpersuasive, and similar arguments had been rejected as applied to other agencies by the Supreme Court. In those cases, the High Court held that the eventual availability of review in a federal appellate court—even if preceded by litigation before administrative bodies that refused to consider or develop the constitutional claims—was sufficient.

Moreover, there was no merit to Axon’s argument that its constitutional claims were "wholly collateral" to the issues to be adjudicated during the administrative proceeding because its "claims go to the agency’s constitutional authority" and "do not ‘arise[] out of’ an enforcement proceeding." Because Axon can assert (and already asserted) its constitutional claims during the administrative proceeding, and because Axon retained the ability to seek further review of those claims in a federal appellate court, those claims were not "wholly collateral" to the FTC Act’s review provisions, the court ruled. Further, case law foreclosed the possibility that the court has jurisdiction over Axon’s due process and equal protection claims simply because they are constitutional in nature. Finally, Axon’s constitutional claims did not fall outside the FTC’s expertise, the court reasoned. Matters remained that would benefit from the FTC’s expertise, the court said.

Sign up today for your free trial to this daily reporting service created by attorneys, for attorneys. Stay up to date on antitrust legal matters with same-day coverage of breaking news, court decisions, legislation, and regulatory activity with easy access through email or mobile app.

Meet the experts behind the article
Pete Reap
Writer/Analyst 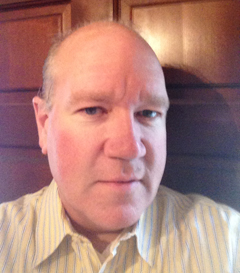 Regulating Vertical Agreements: A Comparative Law and Economics Review of the EU and Brazil
By Maria Fernanda Caporale Madi
$125.00

Antitrust Law: An Analysis of Antitrust Principles and Their Application
By Phillip E. Areeda, Herbert Hovenkamp
$5135.00