National Association of Broadcasters President and Chief Executive Officer Gordon Smith has said that TV and radio broadcasters can’t rely on fiber to guarantee the delivery of programming currently enabled by the 3.7–4.2 gigahertz C-band, as some parties have proposed.

“Fiber cannot replace the C-band spectrum,” Mr. Smith said yesterday during a taping of C-SPAN’s “The Communicators” program to be aired in the near future. “I’ll bet every one of our viewers today has had their cable cut by a backhoe at some point. Fiber can be a redundancy, but it can’t be a replacement.”

Mr. Smith acknowledged that NAB has not weighed in at the FCC on which proposed approach to repurposing at least some of the 3.7–4.2 GHz band for terrestrial 5G services makes the most sense, but he stressed that it opposes “anything that would replace the spectrum or interfere with …. the transmission in a way that is disruptive.”

The C-Band Alliance has proposed holding a private auction to repurpose 200 megahertz, including a 20-MHz guard band, while a number of other entities have said that more spectrum should be freed up and that any auction should held by the FCC. ACA, the Competitive Carriers Association, and Charter Communications, Inc., have proposed a plan under which at least 370 MHz of spectrum would be repurposed, with some incumbent operations being served by fiber (TR Daily, July 2).

Mr. Smith said that the FCC has kept its promise to be sensitive to weather and other factors beyond the control of repacking TV stations, adding that “they’ve allowed enough flexibility.”

“I think there’s just a lot of goodwill between broadcasters, the FCC, the tower workers, and the phone companies that were trying to make sure that this happens on time, and we all have that same incentive: to get this in the rear-view mirror,” Mr. Smith said. “But it is also necessary that as you get into these later stages, particularly during the winter months, you have to be real attentive to weather and dangerous conditions for tower-crew workers.”

He noted that there have been tower worker deaths during the repacking.

On another spectrum issue of interest to NAB, Mr. Smith was asked about the more cordial relations between his group and Microsoft Corp. regarding unlicensed device use of TV white spaces channels.

NAB has said it “appreciates the constructive approach” taken by Microsoft in a petition for rulemaking seeking further changes to the FCC’s TVWS rules (TR Daily, June 11).

“Rather than proceed unilaterally with expansive requests to fundamentally change the ground rules of TVWS operations, Microsoft has sought to limit its petition to a narrow set of five asks, four of which NAB is able to support for inclusion in a focused Further Notice of Proposed Rulemaking,” the trade group said in a filing last month. “In considering the adoption of an FNPRM to address those requests, the Commission should not seek to include other questions or issues, which will inevitably lead to controversy and delay. We look forward to working constructively with Microsoft and the Commission to develop final rules based on the record of this proceeding.”

“We have come to a good place with Microsoft,” Mr. Smith said. “They seem to have started with a public relations campaign before they had a legislative, policy campaign. So I think they got that figured out now.”

He said NAB is simply trying to protect TV stations from interference.

“It was branded as a way to roll out broadband for rural areas,” he said of Microsoft’s efforts to open up TVWS spectrum for unlicensed devices. “Well, there’s no shortage of spectrum in rural areas so if they want to do that, we have no complaint. What they really want is the valuable urban areas, where they can monetize it and sell some of their equipment. So, we’re just simply saying, let’s call it really what is and let’s focus on the science that governs spectrum and white spaces and let’s figure out with them — as their partner, not their opponent — how this can be done and how they can be accommodated without creating interference.”

Mr. Smith added, “So we’re now in a good place in discussing this with them and talking real science and real physics.”

Mr. Smith, a former Republican senator from Oregon, bemoaned the regulations that broadcasters face compared to social media companies such as Facebook, Inc., and Twitter, Inc., which he said are also “media companies” that “compete for the advertising dollar.”

“While broadcasters are kept small by regulation, we’re competing with what are developing as corporate nation-states almost,” said Mr. Smith, noting that Facebook is deploying its own currency.

“When I was on the Senate Commerce Committee, the tech companies could do no wrong,” Mr. Smith said. “But there comes a point when a private interest gets so large that it has a public impact that begins to run counter to the public interest. I, for one, think we’ve reached that point.”

Mr. Smith said Congress should act, and he welcomed the Department of Justice’s announcement this week that it would conduct an antitrust review of online platforms (TR Daily, July 23).

Mr. Smith also bemoaned retransmission disputes between broadcasters and pay-TV providers and said that Congress should allow the Satellite Television Extension and Localism Act to expire. 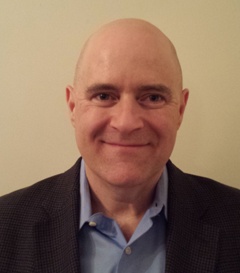