The requirement of the Patient Protection and Affordable Care Act of 2010 (PPACA) (P.L. 111-148) to maintain minimum essential insurance coverage, i.e., the individual mandate, did not violate the Commerce Clause or Origination Clause of the U.S. Constitution (Sissel v HHS, June 28, 2013, Howell, B). The plaintiff, an artist who did not have health insurance and paid for health expenses out-of-pocket, filed suit against HHS and other government agencies that oversee the implementation of the individual mandate. The court found that the Commerce Clause challenge was foreclosed by the U.S. Supreme Court’s decision in National Federation of Independent Business v Sebelius, 132 S.Ct. 2566 (2012) (NFIB). In addition, the Origination Clause challenge was rejected because the individual mandate was not a “Bill for raising revenue” and, even if it was, it was nevertheless an amendment to a bill that “originated in the House of Representatives.”

Complaint. Matthew Sissel is an artist who lives in Iowa. He alleged that he is financially stable and can afford health insurance but instead chooses to pay for his medical expenses out-of-pocket. He alleged that he is subject to the individual mandate and must make financial plans to either buy insurance or make the shared responsibility payment. He filed a complaint against HHS and other government agencies alleging that the legal obligation to buy insurance violates the Commerce Clause and the Origination Clause of the U.S. Constitution. The government agencies filed a motion to dismiss pursuant to Fed. R. Civ. P. 12(b)(6).

Commerce Clause. The court found that Sissel’s Commerce Clause claim was foreclosed by the U.S. Supreme Court’s decision in NFIB. In NFIB, the Supreme Court concluded that the individual mandate could not be sustained under the Commerce Clause, but that it was a constitutional exercise of Congress’s taxing power. While Sissel attempted to avoid NFIB’s conclusion by distinguishing between a legal command to act or refrain from acting and a tax on not having insurance, the court found that Sissel misread the Supreme Court’s opinion; the individual mandate is a single provision and does not consist of a “purchase requirement” and a separate “tax on not having insurance.”

Origination Clause. The court also rejected Sissel’s argument that the individual mandate violates the Origination Clause. To state a claim under the Origination Clause, a plaintiff must adequately allege that the statute in question is a “Bill for raising revenue” that did not “originate in the House of Representatives.” A bill is not one “for raising revenue” if the revenues raised by the bill are incidental to the provision’s primary purpose. The court concluded that any revenue raised by the individual mandate will be merely incidental to the provision’s primary purpose, which is to expand health insurance coverage.

Sissel also failed to satisfy the second prong of the test for violations of the Origination Clause. H.R. 3590, the bill that was later enacted as PPACA, was first passed by the House in September 2009. Sissel argued that the particular provision at issue originated in the Senate when the Senate struck the entire text of H.R. 3590 and replaced it with the test that ultimately became PPACA. The court found, however, that the text of the Origination Clause requires only that a “Bill for raising revenue,” rather than particular provisions, originate in the House. The court concluded, therefore, that even assuming the individual mandate was a “Bill for raising revenue,” that bill originated in House of Representatives and was amended by the Senate in a manner consistent with the Origination Clause.

Meet the experts behind the article
Sheila Lynch-Afryl
Editorial Lead 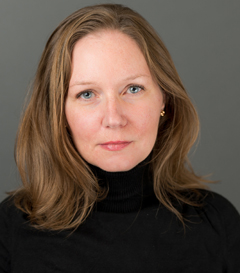 Law firm shareholder not an ‘employee’ under Title VII