ACA risk shifting programs may actually be too effective

The risk adjustment program, found in section 1343 the Patient Protection and Affordable Care Act (ACA) (P.L. 111-148), worked as intended by shifting funds to insurers that have high-cost enrollees. The American Academy of Actuaries (the Academy) found that the loss ratio differences among insurers were compressed into a smaller range by both the ACA’s risk adjustment program and reinsurance program payments. The policy analysis noted that insurers receiving the largest risk adjustment payments actually had below average loss ratios.

Risk reduction. The ACA implemented various rules for insurers, such as prohibiting them from denying coverage or charging higher premiums due to a consumer’s health history. These requirements introduced a higher level of financial risk, especially because individuals with more health care needs were more likely to enroll than those with fewer, cheaper health costs. In addition, insurers enrolling a disproportionate share of sicker patients would be at risk for increased financial losses.

The risk adjustment program is a permanent program that transfers money between insurers based on the average premium collected within a state and the risks of the enrolled consumers. The reinsurance program, found in section 1341, compensates individual market plans that have many enrollees with high-cost claims, but is only in effect from 2014 to 2016. Finally, section 1342’s risk corridor program, also ending in 2016, allowed insurers to receive a payment from HHS if they experienced a higher number of losses, but had a smaller impact as insurers received only 12.6 percent of expected payments for the 2014 plan year.

Risk shifting effects. The Academy found that, as expected, insurers with higher loss ratios received payments through the program and saw their ratios reduced. The reverse was also true, resulting in a smaller range of loss ratios. However, loss ratios reflect additional factors like premiums and administrative costs in addition to risk, accounting for some remaining variation.

This variation was reduced somewhat when reinsurance payments were incorporated. Insurers with higher loss ratios received higher reinsurance payments, which lowered their ratios even more. The analysis revealed that the combined effect of the two programs might have overcompensated some insurers, resulting in below average loss ratios for insurers with the largest risk adjustment payments. 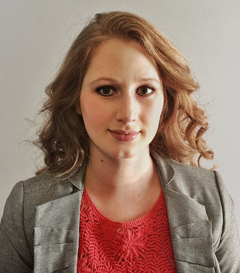