$50B SIFI threshold questioned at hearing

SIFIs—systemically important financial institutions—and their Dodd-Frank Act $50 billion threshold, were the topic of the day at a House Financial Institutions and Consumer Credit Subcommittee hearing entitled “Examining the Designation and Regulation of Bank Holding Company SIFIs.” The Dodd-Frank Act provides for the designation of both nonbank financial institutions and bank holding companies as “systemically important”—a practice that signals to market participants that these are “too big to fail,” a Financial Services Committee release noted.

The subcommittee staff’s memorandum added that, since the passage of Dodd-Frank, there has been much discussion related to the designation and regulatory standards for bank holding company SIFIs. This hearing was intended to give members the opportunity to explore:

In his opening statement, Subcommittee Chairman Randy Neugebauer (R-Texas) said, "As policy makers, we must always strive to be precise when improving legislative frameworks as to minimize unintended consequences. I hope this hearing allows members to begin to consider different ways of measuring systemic importance and the regulatory consequences of being designated a SIFI."

$50 billion threshold. In his testimony, James Barth, Professor of Finance, Auburn University, stated that the Dodd-Frank Act specifically requires BHCs with $50 billion or more in total consolidated assets automatically to be designated as SIFIs. However, he contended, “there is no evidence” to support this threshold. According to Barth, the “static and arbitrary threshold provides an incentive to those institutions just below the threshold to curtail their growth to remain below $50 billion, while those just above the threshold have an incentive to take actions to increase their size to spread the additional costs incurred due to being subjected to enhanced potential supervision over a bigger asset base. Surely, this was not the intent of the law.”

Satish Kini, Partner at Debevoise & Plimpton LLP, also questioned the $50 billion threshold. “Neither the statutory text nor its legislative history offers a clear explanation for why Congress chose a bright-line $50 billion asset threshold for application of enhanced standards. To the best of my knowledge, no economic studies or other data were cited by Congress in establishing this threshold,” he said.

Kupiec stated that one of the primary goals of the Dodd-Frank Act was to “solve the TBTF problem.” According to Kupiec, many argue that the TBTF problem arises because SIFIs are “so large and important that they are incapable of being reorganized in a judicial bankruptcy process without causing widespread financial market distress and disrupting economic growth.”

According to Dr. Simon Johnson, Ronald A. Kurtz Professor of Entrepreneurship, Massachusetts Institute of Technology, “At the time of the discussions and debates that led to Dodd-Frank, Congress had to face the facts: almost all the banking and financial sector regulators had failed in their tasks.” However, he objected to proposals that the FSOC should have to designate banks as systemic in order for them to receive heightened scrutiny from the Fed. “Allowing or requiring nonbank regulators to tell a bank regulator which banks to regulate (and potentially how to regulate them) does not seem wise.”

Liquidity buffer. Harris Simmons, Chairman and CEO of Zions Bancorporation, noted that his bank is a designated SIFI, subject to the Federal Reserve Board’s liquidity coverage ratio. Regarding the required liquidity buffer he stated, “While it is important for every depository institution to maintain appropriate levels of reserves to deal with normal fluctuations in cash flows, maintaining additional liquidity buffers as an insurance policy against times of extreme stress will almost certainly be a costly exercise for banks and for the economy at large.”

Harris added, “Every dollar invested in high quality liquid assets is a dollar that cannot be loaned out and put to more productive use.” He warned that the impact would most likely be “particularly acute for smaller and middle-market businesses that do not have ready access to the capital markets, and for whom bank credit is their financial lifeblood.”

Meet the experts behind the article
J. Preston Carter
Writer/Analyst 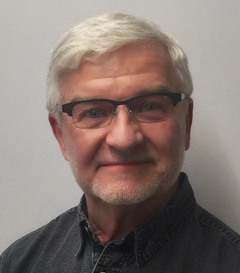 Consumer did not establish threshold ‘injury’ to sustain her FDCPA claim

The Legal Framework Applicable to the Single Supervisory Mechanism: Tapestry or Patchwork?
By Giovanni Bassani
$130.00 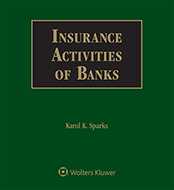 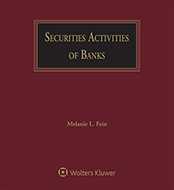 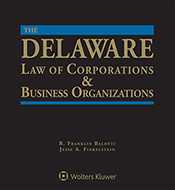