$1.3 million award against tobacco company for failure to warn of health risks and addiction upheld

A cigarette smoker’s spouse presented sufficient evidence from which a jury could reasonably conclude that the smoker was neither aware, nor reasonably should have been aware, of the hazards of smoking in 1968, and that, therefore, the manufacturer was liable for failing to warn the smoker of the health risks associated with smoking, a federal district court in New York ruled (Clinton v. Brown & Williamson Holdings, Inc., June 20, 2013, Seibel, C.). The court further determined that the smoker’s causation evidence was sufficient to support the jury’s finding of liability. The court upheld the spouse’s right to bring a loss of consortium claim but remanded the case to amend the judgment to include pre- and post-judgment interest and for a new trial on the smoker’s pain and suffering damages and on the issue of loss of parental care and guidance incurred by the smoker’s children.

Warning issues. In finding that the jury’s conclusion that the smoker was neither aware, nor reasonably should have been aware, of the hazards of smoking in 1968 or earlier was reasonable, the court pointed to the abundance of evidence in the record that there were mixed messages about the health hazards of smoking prior to September of 1968. Experts testifying for both the spouse and the cigarette manufacturer stated that information about the health risks of smoking was published in magazines and newspapers and on television before the smoker began smoking and continued to be disseminated through September of 1968. However, the spouse’s expert further testified that although many people were aware that studies relating to smoking and health had been conducted, mainstream media coverage of those studies also included responses from tobacco companies or industry groups, which generally stated that there was no proof that smoking caused cancer and that more research was necessary. The cigarette companies even published press releases about smoking and health in which they stated that they did not believe tobacco products were “injurious to health.” The spouse also offered evidence that the smoker did not learn about the link between smoking and lung cancer until his good friend was diagnosed with lung cancer attributed to smoking. In addition, the smoker’s family and friends testified that they were unaware of the health hazards of smoking before 1968.

According to the court, although the manufacturer did present evidence that information regarding the risks of smoking was available publicly, the spouse introduced sufficient evidence from which a reasonable juror could conclude that the smoker himself was not aware of the health hazards and addictiveness of smoking prior to September of 1968.

Loss of consortium claim. After upholding the jury’s finding on liability, the court went on to determine that the smoker’s spouse could maintain her loss of consortium claim despite the manufacturer’s argument that the two were not married at the time of its alleged failure to warn. The court determined that the manufacturer’s alleged failure to warn of the health hazards and addictiveness of smoking continued to injure the smoker during his marriage because he had become addicted to nicotine, causing him to continue to smoke. This ongoing addiction gave rise to his wife’s claim for loss of consortium. 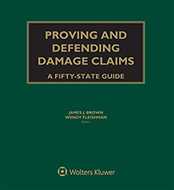