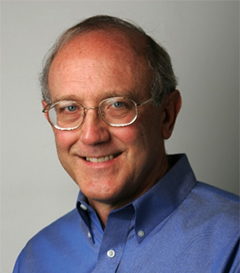 William Schwartzkopf heads the schedule, damages and labor productivity practice at Sage Consulting Group, a consulting firm based in Denver, Colorado, that specializes in construction claims and contract surety defaults. He has testified as an expert witness in courts and arbitration forums throughout the United States, Canada, Mexico, and Iceland. Within the United States, he has testified in many state and federal courts, as well as in boards of contract appeals, dispute review boards, and arbitration panels.

A registered Professional Engineer, he is a member of the American Bar Association and its Forum Committee on the Construction Industry and the Surety and Fidelity Section of the Tort and Insurance Practice Section. He received a Bachelor of Science in Electrical Engineering and a Juris Doctorate from the University of Nebraska.

Written by recognized experts in the area of construction claims,&nbsp;Calculating Construction Damages is a one-of-a-kind resource providing step-by-step guidelines for valuing a claim and calculating damages.

Whether you represent the surety, principal, or obligee, this one-of-a-kind reference will provide you with the indispensable, practical guidance and reliable tools you need to manage the surety process.