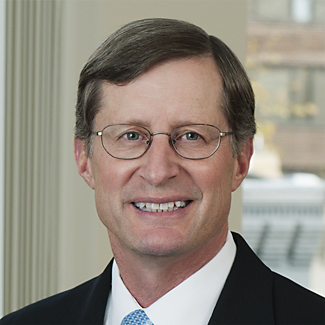 Waldemar Pflepsen represents insurers and financial entities in complex litigation and class actions regarding their life, health, pension, and investment products. He is a partner in the Washington, D.C. office of Drinker Biddle & Reath LLP. Mr. Pflepsen has defended scores of class actions, including numerous ERISA class actions, tried cases in multiple federal and state courts, argued before many federal and state courts of appeal, and represented clients in the United States Supreme Court, including in Great-West Life & Annuity Insurance Co. v. Knudson, 534 U.S. 204 (2002). He co-authored the first edition of the Handbook on ERISA Litigation and every edition since (Wolters Kluwer 1992 and 1994; 4th ed. 2015). Aside from having also written numerous articles on insurance, health care, class action, and ERISA litigation topics, he is a frequent speaker at industry and bar association programs. Mr. Pflepsen served two federal court clerkships. 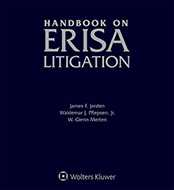 Handbook on ERISA Litigation cuts through complicated statutory provisions and tells you which ERISA claims are recognized by which courts and how to litigate them....Helpful litigation checklists and forms are provided on ERISA litigation as well as hundreds of citations to leading cases.