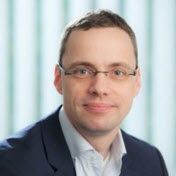 Vincent Verouden is a member of the European Commission’s Recovery & Resilience Task Force. This task force was set up in July 2020 to coordinate the implementation of the EU's Recovery & Resilience Fund (RRF) and the national recovery plans across the EU in the wake of the coronavirus crisis. In this role, he focuses on the areas Energy & Environment, Industry and State aid, as well as on the reform and investment plans of the Netherlands and Belgium.

Vincent has over 20 years' experience in working as an economist in the fields of antitrust, merger control and state aid.  Prior to joining the Recovery & Resilience Task Force, he worked as an economic consultant in the private sector and held various positions in DG Competition, including that of Deputy Chief Economist (2012-2014).

From 2014 until 2019, he was Director of the Brussels’ office of E.CA Economics, steering economic consultancy projects both at EU level and in a number of national jurisdictions.

Vincent is a Solvay Fellow at the Vrije Universiteit Brussel and teaches at the Brussels School of Competition’s LL.M. programme. He holds a Ph.D. in economics from Tilburg University (2001).

EU State Aid Control: Law and Economics is the first book of its kind with in-depth analysis of the current legal and economic principles of EU State aid control....Buy now!