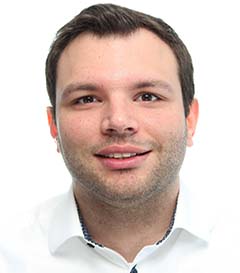 He is currently working as a tax lawyer with PwC Netherlands as part of PwC’s Knowledge Center with specialisation in EU tax law (EU freedoms, State aid, Directives).

He is also pursuing his PhD at Leiden University, conducting research in the area of international and European inheritance and gift taxation.