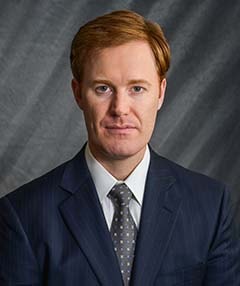 Tyson Crist is a partner in Ice Miller’s Bankruptcy & Financial Restructuring Group. He represents clients that need assistance in navigating the bankruptcy process and various debtor-creditor issues, to understand how it may impact their business or operations, as creditors or other affected parties. He represents both private and governmental entities. He has litigated a variety of unique matters at both the trial and appellate levels. He also writes legal opinions on bankruptcy and related debtor-creditor law issues, such as true sale and substantive consolidation. Further, he regularly writes and speaks on current bankruptcy and state law issues, and through his involvement with the Ohio State Bar Association as prior Chair of the Banking, Commercial & Bankruptcy Law Committee, he has testified before committees of both the Ohio House of Representatives and Senate on foreclosure, receivership and other debtor-creditor laws. Currently, he is a member of both the Attorney Advisory Committee of the United States Bankruptcy Court for the Southern District of Ohio and the Board of the Columbus Chapter of the Federal Bar Association. Tyson received a B.A., Political Science from The College of Wooster (Ohio) and a J.D. from The Ohio State University Moritz College of Law, following which he served as a law clerk in the Eastern District of North Carolina, U.S. Bankruptcy Court.