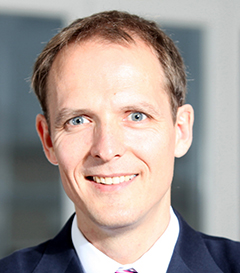 Stefan Kröll acts regularly as arbitrator in national and international cases and is seen as one of the leading German experts in the field of international arbitration.

He is an Honorary Professor at Bucerius Law School, Hamburg and one of the Directors of the Willem C. Vis Arbitration Moot in Vienna. Further, he is a visiting Professor at the School of Arbitration, CCLS at QM in London and lectures regularly on arbitration and international business law for other universities and governmental agencies.

Stefan has several internationally renowned monographs and commentaries, as well as a considerable number of articles in professional journals. He is a co-author of "Comparative International Commercial Arbitration", author of the country report Germany in the ICCA-Handbook and co-editor of several other books such as “Arbitration in Germany – The Model Law in Practice” and “CISG – A Commentary”. He a member of the board of editors or advisory boards of several international journals.

Stefan is one of Germany’s national correspondents at UNCITRAL and has been retained by UNCITRAL as one of three experts to prepare the DIGEST on the UNCITRAL Model Law on International Commercial Arbitration.

Cross-border direct investment constitutes a substantial sector of the international financial market and is also an important vehicle for the transfer of technology and the modernisation of national economies.

A 45 piece essay collection that presents a thorough and far-reaching account of the state of International Arbitration and International Commercial Law today.

Arbitration in Germany. The Model Law in Practice- Second Edition

The book provides you with a comprehensive analysis of German arbitration law and insights both from, and for all legal sectors where arbitration plays a role.