Loading...
We know your business is rapidly adapting to the global COVID-19 outbreak. If you need assistance with your Wolters Kluwer products or would like to get more information on a complimentary Guest Pass to any of our online products, please contact your representative. To help you stay informed and navigate the changes, Wolters Kluwer is providing free insights and resources. View Resources here Close
About Us Experts Stefaan van den Bogaert 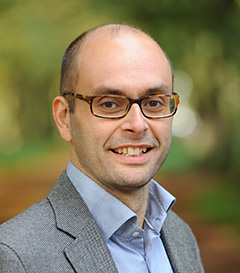 Stefaan Van den Bogaert is Professor of European Law and Director of the Europa Institute at Leiden University Law School, the Netherlands.

Van den Bogaert is also visiting Professor of European Sports Law at the University of Brussels (VUB), Belgium, and member of the editorial committee of Common Market Law Review.

Van den Bogaert graduated in Law at the Catholic University of Leuven. He holds an LLM from Cambridge University and obtained a PhD from the European University Institute in Florence with a thesis on the regulation of the mobility of sportsmen in the EU post-Bosman.

In 2013, he taught the Coursera MOOC The Law of the EU: An Introduction.

Van den Bogaert has published work in both Dutch and English. He is a regular contributor to several journals, including in Wolters Kluwer Common Market Law Review and the Dutch journal ‘Nederlands Juristenblad’.

The Law of the European Union, Fifth Edition

This book is a complete reference on all aspects of European Union laws, including the institutional framework, the Internal Market, Economic and Monetary Union....Buy now!

The Common Market Law Review gives a unique perspective on European Union Issues, because of the international composition of its Editorial Board, and in view of the fact...