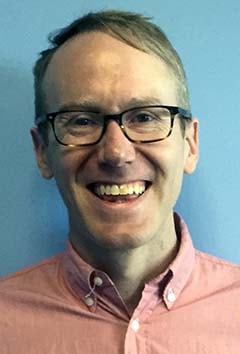 Scott Skinner-Thompson is an Associate Professor at the University of Colorado Law School, where his research and teaching focus on constitutional law, civil rights, and privacy law, with a particular focus on LGBTQ and HIV issues.

His scholarship has been published in the Michigan Law Review, Northwestern University Law Review, UC Davis Law Review, and Columbia Law Review Online, and he is the editor and contributing author of AIDS and the Law (Wolters Kluwer, 5th ed.), one of the leading resources in the field.

In 2014, he was selected as one of the Best LGBT Lawyers Under 40 by the National LGBT Bar Association and while in practice Scott served as co-counsel with the ACLU LGBT & HIV Project, the Center for Constitutional Rights, the Transgender Law Center, and the Transgender Legal Defense & Education Fund.

AIDS and the Law, Sixth Edition

AIDS and the Law &nbsp;provides comprehensive coverage of the complex legal issues, as well as the underlying medical and scientific issues, surrounding the HIV epidemic...