Loading...
We know your business is rapidly adapting to the global COVID-19 outbreak. If you need assistance with your Wolters Kluwer products or would like to get more information on a complimentary Guest Pass to any of our online products, please contact your representative. To help you stay informed and navigate the changes, Wolters Kluwer is providing free insights and resources. View Resources here >> Close
About Us Experts Roger I. Abrams 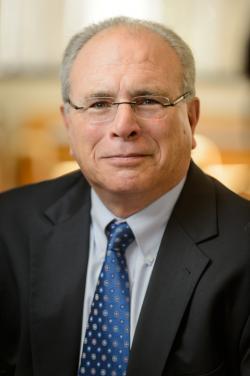 Roger I. Abrams is the Richardson Professor of Law Emeritus at Northeastern University School of Law. He is a graduate of Cornell University and the Harvard Law School, where he served as a Visiting Professor of Law in 2006. He served as dean at Northeastern University from 1999-2002, as dean at Rutgers Law School from 1993-1998, and as dean at Nova University School of Law from 1986-1993. Prior to entering academic life in 1974 as a faculty member at Case Western Reserve University, Professor Abrams practiced labor law in Boston at Foley Hoag & Eliot and clerked for Judge Frank M. Coffin of the U.S. Court of Appeals for the First Circuit. While in practice, Professor Abrams tried the Boston School Desegregation Case for the NAACP.

During his more than 40 years as a labor arbitrator, Professor Abrams has been appointed to resolve nearly 2,500 disputes, including Major League Baseball salary arbitration cases starting in 1986. He is the permanent arbitrator at Walt Disney World, the Internal Revenue Service, and the U.S. Customs Service. He was elected a member of the National Academy of Arbitrators in 1982.

Professor Abrams has authored or co-authored more than 40 law review articles on labor arbitration, sports law, and other legal issues in law journals at Harvard University, the University of Michigan, and Duke University, among others. He is an elected member of the American Law Institute and a life member of the American Bar Foundation. In 2004, he was elected a Fellow of the Massachusetts Historical Society.

Professor Abrams is the author of six books on the law, economics, and social history of the sports industry— Legal Bases: Baseball and the Law (1998), The Money Pitch: Baseball Free Agency and Salary Arbitration (2000), The First World Series and the Baseball Fanatics of 1903 (2003), The Dark Side of the Diamond: Gambling, Violence, Drugs and Alcoholism in the National Pastime (2008), Sports Justice: The Law and Business of Sports (2010), and Playing Tough: The World of Sports and Politics (2013). He is co-author of the leading sports law casebook, Sports and the Law: Text, Cases and Problems (4th ed. 2010). Professor Abrams is regularly asked to comment on legal and economic issues involving the business of sports by the print and electronic media. In 2006, he served as the first Scholar-in-Residence at the National Baseball Hall of Fame and Museum in Cooperstown, New York.

Inside Arbitration: How an Arbitrator Decides Labor and Employment Cases

Inside Arbitration: How an Arbitrator Decides Labor and Employment Cases tackles the topic of labor arbitration from the perspective of the arbitrator....Abrams reveals how...