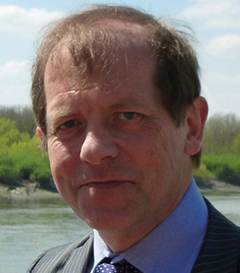 Rik Torfs is a Belgian canon law scholar, media personality, and the current Rector of the Catholic University of Leuven. He is a former Senator for the Christian Democratic and Flemish party in the Belgian Federal Parliament.

He is a guest professor at universities around the world, including Stellenbosh and Strasbourg. Torfs also serves on various boards. He serves as an advisor to the government of Romania regarding the protection of religious minorities.

Torfs has published on human rights, marriage and the benefits of forbearance. He is a formidable critic yet defender of the Catholic Church. He has been noted for his sharp criticism of the Holy See yet has consistently defended the place of Christianity and the Church in society.