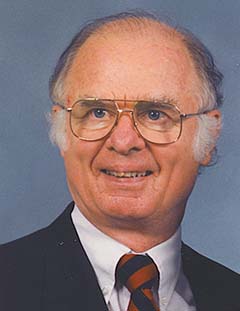 Ralph C. Nash, Jr., is Professor Emeritus of Law of The George Washington University, Washington, D.C., from which he retired in 1993.  He founded the Government Contracts Program of the university's National Law Center in 1960, was Director of the Program from 1960 to 1966 and from 1979 to 1984.  He was Associate Dean for Graduate Studies, Research and Projects, of the Law Center from 1966 to 1972.

Professor Nash has specialized in the area of Government Procurement Law.  He worked for the Navy Department as a contract negotiator from 1953 to 1959, and for the American Machine and Foundry Company as Assistant Manager of Contracts and Counsel during 1959 and 1960.

Professor Nash is active as a consultant for government agencies, private corporations, and law firms on government contract matters.  In recent years, he has served widely as neutral advisor or mediator/arbitrator in alternate dispute resolution proceedings.  He is active in the Public Contracts Section of the American Bar Association, is a member of the Procurement Round Table, and is a Fellow and serves on the Board of Advisors of the National Contract Management Association.

During the 1990s, Professor Nash was active in the field of acquisition reform.  He served on the "Section 800 Panel" that recommended revisions to all laws affecting Department of Defense procurement, the Defense Science Board Task Force on Defense Acquisition Reform, and the Blue Ribbon Panel of the Federal Aviation Administration.

Administration of Government Contracts provides expert guidance on all phases of the contract administration process including reducing conflicts and managing government contracts....Buy now!

Save time and eliminate errors with the Government Contracts Reference Book which provides an A-Z guide to the language of procurement and clear explanations of general and agency-specific terms....Buy now!

Cost-Reimbursement Contracting, contains material on the formation of cost-reimbursement contracts as well as their administration from cradle to grave, with special emphasis on the detailed rules governing the allowability of costs.