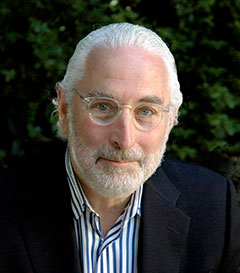 A globally recognized expert on intellectual property law, Paul Goldstein is the author of an influential four-volume treatise on U.S. copyright law and a one-volume treatise on international property. He has authored ten books including four novels. Some of his other works include Copyright's Highway: From Gutenberg to the Celestial Jukebox, a widely acclaimed book on the history and future of copyright and Intellectual Property: The Tough New Realities That Could Make or Break Your Business. Havana Requiem, his third novel, won the 2013 Harper Lee Prize for Legal Fiction.

In 2015 Paul Goldstein was inducted by Intellectual Asset Management into the IP Hall of Fame, which honors those who have helped to establish intellectual property as one of the key business assets of the 21st century. He currently serves as of counsel at Morrison & Foerster in their intellectual property group and has been regularly included in Best Lawyers in America. He has served as chairman of the U.S. Office of Technology Assessment Advisory Panel on Intellectual Property Rights in an Age of Electronics and Information, has been a visiting scholar at the Max Planck Institute for Foreign and International Patent, Copyright, and Competition Law in Munich, Germany and was a founding faculty member of the Munich Intellectual Property Law Center. In addition, before joining the Stanford Law School faculty in 1975, he was a professor of law at the State University of New York at Buffalo Law School.

The authority on copyright, this landmark treatise fully covers emerging issues in information and entertainment technologies as well as securing, protecting, acquiring, selling, transferring, or licensing copyrights anywhere in the world....Buy now.