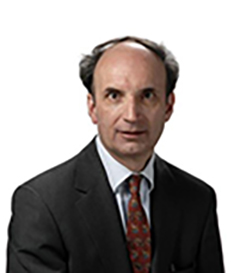 In 1981 Dr. Pablo Mendes de Leon started his professional career at the Law firm Barents and Krans in The Hague, where he practised European Community Law, company law and bankruptcy law.

In 1985, he commenced to work for Leiden University. In addition to his teaching functions, he acted as Director of the International Institute of Air and Space Law, which was formally established in 1986. In this capacity, he organised a number of world-wide conferences on topical developments in international aviation and space law.

Dr. Mendes de Leon lectures private international air law and competition law in the LL.M. programme of the International Institute of Air and Space law. Moreover, he is a speaker at conferences on international aviation developments and has written many books on the subject.

Behind and Beyond the Chicago Convention: The Evolution of Aerial Sovereignty

This book analyzes the concept of sovereignty in international civil aviation, how it evolved, how it related to European integration process and to air traffic management....Buy now!

Achieving the Single European Sky: Goals and Challenges tackles the complex subject of air traffic management in Europe and the future of the industry.

Introduction to Air Law 10th edition provides a comprehensive overview of the major components of this specialised field of international law. Buy Now!