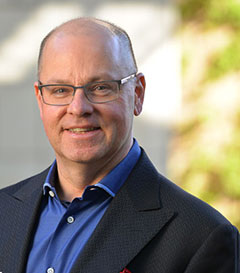 Mark A. Lemley is William H. Neukom Professor of Law at Stanford Law School and the director of the Stanford Program in Law, Science and Technology. He teaches intellectual property, computer and internet law, patent law, trademark law, antitrust, and remedies. He is the author of seven books (all in multiple editions) and 153 articles on these and related subjects. His works have been cited more than 225 times by courts, including 11 United States Supreme Court opinions, and more than 14,000 times in books and law review articles, making him the most-cited scholar in IP law and one of the five most cited legal scholars of all time; a 2012 empirical study named him the most relevant law professor in the country.

He is a founding partner of Durie Tangri LLP, where he litigates and counsels clients in all areas of intellectual property, antitrust, and internet law. His clients include Comcast, Genentech, DISH Network, Google, Grokster, Guidewire, Hummer Winblad, NetFlix, Newegg, and the University of Colorado.  Mark has been named California Lawyer's Attorney of the Year twice (in 2005 and again in 2015), Best Lawyers’ San Francisco IP Lawyer of the Year (2010), and a Young Global Leader by the Davos World Economic Forum (2007). He has been recognized as one of the top 50 litigators in the country under 45 by the American Lawyer (2007), one of the 100 most influential lawyers in the nation by the National Law Journal (2006 and 2013), one of the 10 most admired attorneys in IP (2010) by IP360, one of the 25 most influential people in IP (2010) by the American Lawyer.