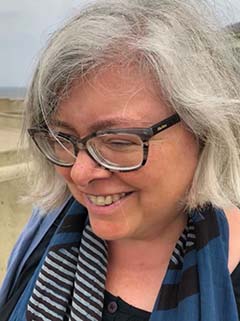 Marise Cremona is Professor Emeritus at the European University Institute, Florence. She was Professor of European Law and a co-Director of the Academy of European Law at the European University Institute (2006 – 2017). She was Head of the Department of Law at the EUI (2009 - 2012) and President ad interim of the EUI (2012 - 2013). Before joining the EUI she was Professor of Commercial Law at the Centre of Commercial Law Studies, Queen Mary University of London. She is a member of the Editorial Board of the Common Market Law Review; member of the International Advisory Board of the Centre for European Research, University of Göteborg, Sweden; member of the Scientific Advisory Board of the Lichtenberg-Kolleg Institute for Advanced Study in Humanities and Social Sciences, University of Göttingen, Germany; member of the Editorial Board, Studies in EU External Relations, edited by Marc Maresceau, Martinus Nijhoff Publishers. Her research interests are in the external relations law of the European Union, in particular the constitutional basis for EU external relations law and the legal and institutional dimensions of EU foreign policy. Her publications include EU Law Beyond EU Borders: The Extraterritorial Reach of EU Law (edited with Joanne Scott), Collected Courses of the Academy of European Law, Oxford University Press 2019; Structural Principles in EU External Relations Law, Hart Publishing 2018; The European Court of Justice and External Relations Law - Constitutional Challenges, (edited with Anne Thies), Hart Publishing 2014.

About this book: EU Framework for Foreign Direct Investment Control provides an analysis of a new and controversial European Union (EU) approach on how to deal with disparate attitudes among EU Member States with regard to foreign direct investment (FDI)....FDI has grown considerably worldwide in.

The Common Market Law Review gives a unique perspective on European Union Issues, because of the international composition of its Editorial Board, and in view of the fact that it is able to attract contributions from all over Europe, and from the United States.