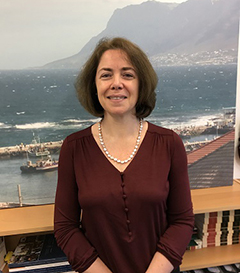 She is a Fellow of the Association of Arbitrators (Southern Africa), serving on the Editorial Board of Tijdschrift voor Arbitrage, on the Advisory Board of the African Commercial Law Foundation, and on the Court of the Lagos Chamber of Commerce International Arbitration Centre. She is also Series Editor of the PCA Award Series, General Editor and contributing author to “Arbitration in Africa: a Practitioners' Guide” (Kluwer Law International, July 2013), and the Acting General Editor of ICCA’s six-volume loose-leaf “International Handbook on Commercial Arbitration” (Kluwer Law International, since 1984).

Lise has been active both in private arbitration practice and in intergovernmental and non-governmental organizations. She was on the drafting committees of the PCA’s 2012 Arbitration Rules and the Chartered Institute of Arbitrator’s 2015 Centenary London Principles, and is a regular speaker on arbitral issues at conferences and seminars.

Arbitration in Africa. A Practitioner's Guide

Arbitration in Africa: A Practitioner's Guide provides an empirical analysis of the experience and record of African States with investment treaties and more!