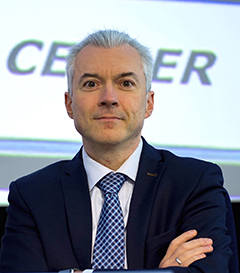 Since July 2009, Kurt is the Secretary-General of the League of European Research Universities (LERU, www.leru.org), an association of twenty-three leading comprehensive and research-intensive universities, promoting the interests of frontier research, innovation and education with the EU institutions. For his "exemplary leadership of LERU", he is awarded a doctorate honoris causa by the University of Edinburgh on 6 July 2017. Before joining LERU, he was the chief legal advisor (2004-2007) and the chief of staff (2007-2009) of the Flemish Minister for Public Works, Energy, Environment and Nature.

Finally, he chairs the Flemish Environmental Damages Commission, co-chairs the Malta Legal Forum on Adaptation to Climate Change, and is on the board of a number of profit (MRBB, AIF, AVEVE, M-tech) and non-profit (I-Cleantech, VVBBCI) organisations in Belgium. He was chairman of the Flemish Energy Regulator (VREG) from February 2012 to February 2017.