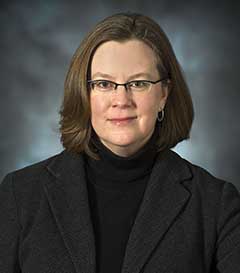 A leading authority in the fields of administrative law and tax administration, Professor Hickman has published scholarly articles in many of the country’s top law reviews.  Her scholarly work has been cited twice in opinions of the United States Supreme Court and regularly in lower court opinions and court briefs.

Lawyers and judges across the United States have discovered that when it comes to administrative law , there is really only one authority: Administrative Law Treatise by Richard J. Pierce and Kristin E. Hickman.