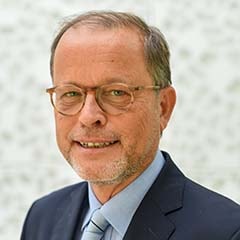 Klaus Peter Berger is a professor at the University of Cologne, Germany. Between 1996 and 2002, he was professor of international business law at Münster University and director of the Institute for International Business Law at the Münster law faculty.

Between 2000 and 2012, he was Honorary Lecturer and Member of the Global Faculty, Centre for Energy, Petroleum and Mineral Law and Policy, University of Dundee, Scotland.

Full Title: The New German Arbitration Law in International Perspective Jurisdiction and Foreign Judgements in Civil And Commercial Matters: The Draft Convention Proposed by the Hague Conference on Private International Law The contents of no....26 of

The Practice of Transnational Law

It has been clear for some time that commercial law has been undergoing a `transnationalization' process, with various sets of rules (often referred to collectively as Lex mercatoria or the New Law Merchant) supplanting national and local laws

This greatly revised edition of an influential 1999 book consolidates its authoritative advocacy of the New Lex Mercatoria (NLM). Since the publication of the first edition, self-regulation and private governance in international business have gained