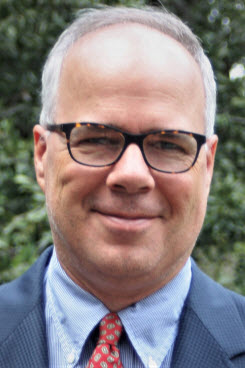 As research director for the National Association of State Retirement Administrators since 2002, Keith Brainard collects, prepares and distributes to NASRA members news, studies and reports pertinent to public retirement system administration and policy. NASRA members are the directors of more than 90 statewide public retirement systems in the United States. Combined, these systems hold assets of more than $2.5 trillion to fund pension and other benefits for most of the nation’s 23 million working and retired employees of state and local government.

Mr. Brainard is co-author of The Governmental Plans Answer Book, Third Edition, and he created the Public Fund Survey, an online compendium of public pension data and predecessor to the Public Plans Database. Keith has discussed public pension issues before Congress, state legislative committees, public pension boards of trustees, and on broadcast television and radio.

He is an appointed member of the Texas Pension Review Board and served two non-consecutive terms as a member of the Georgetown, Texas City Council. Keith previously served as manager of budget and planning for the Arizona State Retirement System and as a fiscal analyst for the Texas and Arizona legislatures. He holds a BA and an MPA from the University of Texas at Austin.

Governmental Plans Answer Book, Fifth Edition, provides in-depth coverage of these complex plans, which must satisfy federal laws as well as pension, investment, and other laws of the applicable state or local governments....It is the one resource that takes you step by step through all the aspects.