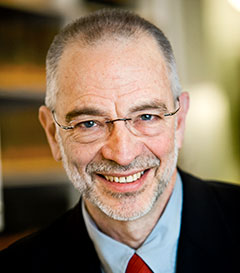 Professor Emeritus Joseph Lookofsky is a native of New York, USA. After admission to the New York State Bar, he began his professional career as in-house legal counsel for United Artists Corporation.

Lookofsky came to Denmark in 1973, studied Danish law, and joined the University of Copenhagen Law Faculty in 1981. He defended his doctoral (dr.jur.) thesis (Consequential Damages in Comparative Context) in 1989 and was appointed to a chair in the Law of Obligations in 1992. In 2007 Professor Lookofsky was knighted (Ridder af Dannebrogsordenen) by Queen Margrethe of Denmark.

Professor Emeritus in Copenhagen since 2016, Lookofsky is a Titular Member of the International Association of Comparative Law (Académie internationale de droit comparé). He also serves as an arbitrator in international commercial disputes.

Convention on Contracts for the International Sales of Goods (CISG), Third edition

Also sometimes referred to as the Vienna Sales Convention, the Convention on Contracts for the International Sale of Goods (CISG) regulates the rights of buyers and sellers in international sales....The Convention, which first entered into effect in 1988, is the first sales law treaty to win.