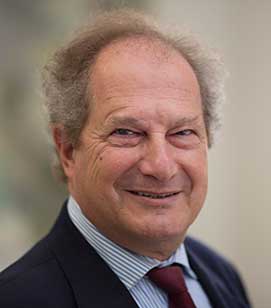 After graduating from Nottingham University with a University Exhibition and LLB Honours Degree in 1973, Jonathan joined one of the City’s leading Law firms Ince & Co. Rising to a Senior Partner by 2002, Jonathan went on to specialise independently in Mediation, was subsequently called to the Bar and joined Chambers in 2013.

Jonathan is one of the founder members of the Centre for Effective Dispute Resolution (CEDR) and is well known for the use of the Alternate Dispute Resolution (ADR) principle in resolving cases. His wise guidance, flexible approach and excellent communications skills make him the right choice for both complex and more straightforward mediation cases.

Jonathan has also been awarded ‘Mediation Expert of the Year in England’ as part of the 2019 Global Law Experts Annual Awards.

The Maritime Law Handbook offers a country-by-country overview of Arrest of Vessels, Enforced Sale of Vessels, Registration of Vessels, and Mortgage on Vessels....The straightforward presentation makes this information extremely accessible.