Loading...
We know your business is rapidly adapting to the global COVID-19 outbreak. If you need assistance with your Wolters Kluwer products or would like to get more information on a complimentary Guest Pass to any of our online products, please contact your representative. To help you stay informed and navigate the changes, Wolters Kluwer is providing free insights and resources. View Resources here >> Close
About Us Experts John T. Boese 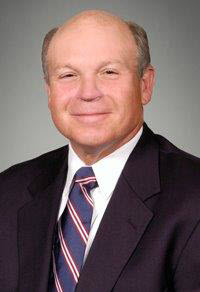 John T. Boese, a nationally recognized expert on the Civil False Claims Act and its unique qui tam enforcement mechanism, is the author of Civil False Claims and Qui Tam Actions (Wolters Kluwer Law & Business 4th ed.), a comprehensive, two-volume treatise on the False Claims Act and qui tam enforcement at both the federal and state levels. This book is cited as authority by courts at all levels-including the United States Supreme Court, virtually every federal circuit and district court, and many state courts.

Mr. Boese is Of Counsel in Fried Frank’s Washington, DC office, where he served as managing partner as well as co-chair of its litigation department for many years. A former DOJ trial attorney, he has represented, and continues to represent, a broad range of defendants in numerous False Claims Act cases brought by qui tam relators or the Department of Justice. These clients include defense contractors, hospitals, pharmaceutical companies, nursing homes, construction companies, insurance companies, oil & gas companies, major retailers, import/export firms, computer manufacturers and service providers, churches, universities, and airports. He has appeared in over 40 federal district courts, and has argued in most of the US Courts of Appeals. 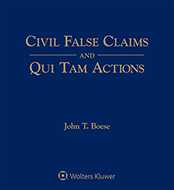