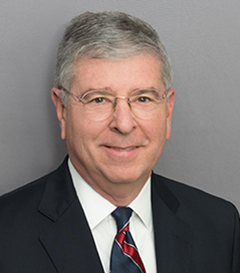 John Villa is a partner at Williams & Connolly LLP and the longest serving member of the firm’s Executive Committee. He focuses on corporate, securities and financial services-related litigation (both civil and criminal) and legal malpractice defense.  The Financial Times writes, “John Villa…has a reputation for being the lawyer that law firms turn to when in a spot of bother.”   The American Lawyer has called him “perhaps the premier [legal] malpractice defense lawyer in the nation.”  The Washington Post reports “John Villa of Williams & Connolly [is] the lawyer and firm that lawyers and law firms turn to when they’re in trouble,” and describes him as “a litigator who has gained national prominence with a somewhat rare specialty: defending top-flight law firms in trouble.” John was named to The National Law Journal's list of "100 Most Influential Lawyers in America" as "the first lawyer that other attorneys and law firms turn to when caught up in the S&L and banking scandals."  In 2014, John was listed as one of the top 100 trial lawyers in America by Benchmark Litigation. Chambers says “John Villa is the ‘first name to come to mind for financial services litigation matters.’”  The PLC Global Counsel’s Handbook calls him “an exceptional banking, financial and corporate governance litigator.” Chambers identifies him among the leading lawyers nationally for Financial Services Regulation: Banking (Enforcement and Investigations), and securities litigation. John’s lead trial experience includes a $1.6 billion confidential arbitration in 2013 arising out of the largest Ponzi scheme in history which resulted in a complete victory for his client. In 2009, The American Lawyer named him “Litigator in the Spotlight” - “Lawyers’ lawyer, John Villa of Williams & Connolly scored three big wins for law firm clients this spring.”  The following year, naming him “Litigator of the Week” for a favorable Second Circuit decision, The American Lawyer writes “John Villa [has] made a career of getting law firms out of big trouble.”  The American Lawyer has described his successful trial victory in In the Matter of USAT … as “the longest trial arising from the savings and loan crisis” – a “trial that stretched over 18 months” and resulted in a decision that “exonerated [his client] on all counts” “a crushing defeat for the federal agency that brought the case.”