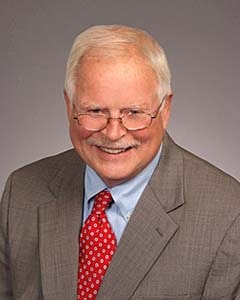 Mr Perritt served as the top labor and employment lawyer for Consolidated Rail Corporation, as Deputy Undersecretary of Labor during the Ford Administration, and was Vice Chair of a commission appointed by the Secretary of Labor, Elizabeth Dole, to develop measures to preserve health care for retired coal miners, resulting in recommendations that were subsequently enacted by Congress. He has represented and counseled a variety of employers, employees, and unions on employment law issues. He served as Secretary of the Section on Labor and Employment Law of the American Bar Association in 2000-2001.

Mr Perritt received his S.B. and S.M. from M.I.T. and his J.D. from Georgetown University Law Center. He is a member of the bars of Virginia, Pennsylvania, the District of Columbia, Maryland, and Illinois and of the U.S. Supreme Court.

He was the Democratic candidate for the U.S. Congress from the Tenth District of Illinois in 2002, while on leave from Chicago-Kent.

Whether your case involves a public or private sector job, a downsizing, or termination for cause, Employee Dismissal: Law and Practice provides the guidance you need in this rapidly evolving area of employment law.

The Americans With Disabilities Act Handbook provides comprehensive coverage of the ADA's employment, commercial facilities, and public accommodations provisions as well as coverage of the transportation, communication, and federal, local, and state government requirements.