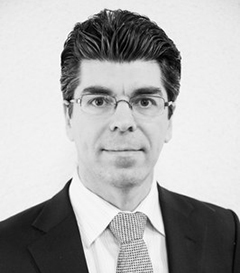 Professor Hendrickx has specialized in European and comparative labour law. An additional specialization is sports law, with a focus on the legal status of athletes, European sports law and doping.

Frank Hendrickx has published numerous articles and books and regularly advises governments, international institutions and private organisations in the area of labour law as well as in sports law. He is the editor-in-chief of the European Labour Law Journal and General Editor of the International Encyclopaedia of Laws.

Employment Relations in the 21st Century: Challenges for Theory and Research in a Changing World of Work

Employment Relations in the 21st Century provides a full and integrated insight into labour law and industrial relations from 39 different scholars. Buy now!

Game Changers in Labour Law: Shaping the Future of Work

Game Changers in Labour Law is pursued in the spirit and with the methods of the late Emeritus Professor Roger Blanpain. Read this book to know all the details.

Institutional Changes and European Social Policies after the Treaty of Amsterdam

The Treaty of Amsterdam brings institutional changes to the European structure. It also contains the provisions regarding social policy and employment in its new chapters....This work focuses on both of these elements. Four of the five contributions