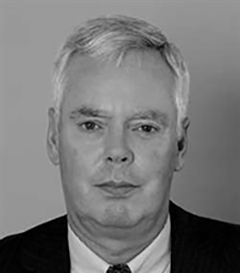 Edwin Vermulst has practiced international trade and EU law and policy since 1985. He has been involved in virtually all major EU trade defence cases since that time and is generally considered to be one of the world’s leading experts on anti-dumping, subsidies and safeguards. He was, among others, nominated as the world’s top trade lawyer for three consecutive years by Who’s Who Legal Trade and Customs.

Mr. Vermulst’s trade practice focuses on the defence of multinationals, trade associations and governments in trade defence proceedings, during the investigatory phase and subsequently in court and WTO challenges to measures imposed. Because of the interplay between trade defence measures and key customs laws such as classification, valuation and rules of origin, his practice soon expanded to cover these areas as well.

Mr. Vermulst is one of the few European lawyers in private practice to have served as a WTO Panelist and has repeatedly acted as counsel to governments involved in WTO dispute settlement proceedings, whether as complainants or respondents, before the Panel and the Appellate Body.

His regulatory experience includes EU environmental issues, including cap and trade, export controls, state aid, notably under the transitional regime for accession countries, and merger filings.  He is an author that has written nine books and numerous articles. He is also the editor-in-chief of the Journal of World Trade, founder of the Global Trade and Customs Journal and a faculty member of the World Trade Institute in Bern and the IELPO program in Barcelona.

Mr. Vermulst is a member of the Brussels bar.

Far and away the most thought-provoking and informative journal in its field, the Journal of World Trade sets the agenda for both scholarship and policy initiatives in this most critical area of international relations....It is the only journal which

This book offers a detailed, practical overview of the market of the European Community (EC) and its main instruments in commercial policy and trade. It focuses on the practical aspects and application of those laws regarding the EC's major trading