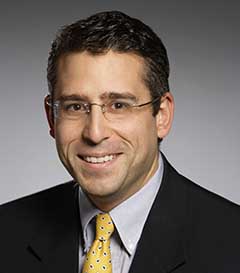 In 2011, he was one of five attorneys named to the securities section in Law360’s list of “Rising Stars” and he was selected as one of the “40 Under 40” by The M&A Advisor. Mr. Micheletti also is the co-author of the treatise, Mergers and Acquisitions Deal Litigation Under Delaware Corporation Law.

Mr. Micheletti’s experience also extends beyond deal litigation in Delaware. He frequently handles securities and complex commercial litigation in state and federal courts around the country involving corporate and securities law claims, breach of contract and other commercial disputes, subprime lending, stock option backdating, insurance law and escheat law. He also has extensive experience in trial and appellate courts, including in the Delaware Court of Chancery and Delaware Supreme Court.

Mergers and Acquisitions Deal Litigation under Delaware Corporation Law focuses primarily on litigation in the Delaware Court of Chancery.