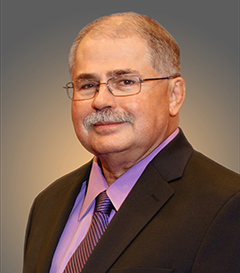 A specialist in both mass product torts and legal negotiation, Professor Gifford is the author or co-author of five books, including both a torts casebook and a legal negotiation text. He also has written numerous articles about topics including mass torts, products liability, climate change litigation, comparative fault and the liability of joint tortfeasors, how race affects the substantive law of torts, and medical malpractice. Along with Professor Emeritus Oscar S. Gray and Professor Christopher J. Robinette, Professor Gifford prepares semi-annual updates toHarper, James and Gray on Torts, the definitive five-volume torts treatise. State supreme courts have relied on his scholarship when issuing important decisions regarding the law of public nuisance. His book, Suing the Tobacco and Lead Pigment Industries, features a critical analysis of government tort litigation against manufacturers of products that cause public health problems such as cigarettes and lead pigment. Professor Gifford’s current research interests include how technological change affects the law governing compensation for personal injuries.

Professor Gifford served as Dean on the University of Maryland School of Law from 1992 through 1999.  Simultaneously, he chaired the Maryland Lead Paint Poisoning Commission from 1992 until 1995, and in that role was a principal architect of Maryland’s Lead Poisoning Prevention Act. Later, Professor Gifford promoted legislation designed to eliminate or reduce childhood lead poisoning in ten other states and in the U.S. Congress.

Before coming to Maryland, Professor Gifford was the Dean of the West Virginia University College of Law and earlier a professor at the University of Florida and the University of Toledo. His students at Florida twice recognized Gifford with awards for outstanding teaching. While at Florida, Professor Gifford worked with the Florida legislature on issues of tort and insurance reform and was the principal drafter of the Medical Incident Recovery Act of 1988.