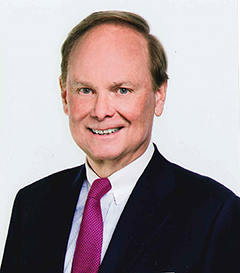 Bruce W. Sanford Esquire, is a partner with the Washington office of Baker & Hostetler LLP and a widely recognized authority on communications law and the American media. The American Journalism Review has termed him “one of the most accomplished press lawyers” in the nation. During a distinguished career spanning four decades, he has represented most major media companies in cutting edge and complex cases shaping the contours of modern American libel and media law. He has been mentioned in the National Law Journal’s list of the 100 most influential lawyers in the United States, and was noted in The Washingtonian’s articles on the “Best Lawyers in Washington,” as “without peer when it comes to First Amendment law.”

In his legal career, Mr. Sanford serves as general counsel to the Society of Professional Journalists, the largest and oldest organization of journalists in the United States, and has represented such national news media as the E.W. Scripps Co., The New York Times, The Chicago Sun-Times, Grupo-Ferre Rangel, The Hearst Corporation, NBC, CBS, ABC, National Geographic Society, Gannett Co., Inc., Time/Warner, Simon and Schuster, Random House, and Bantam Doubleday Dell Publishing Group, Inc. in a wide range of libel and other First Amendment matters. He is a member of the bars of New York, Ohio, Maryland, and the District of Columbia and has consulted on libel matters in England, Canada, Hong Kong and other countries.

During his career, Mr. Sanford has defended more than 800 libel and related cases throughout the United States and abroad, including Moldea v. The New York Times Co., the D. C. Circuit’s celebrated analysis of literary criticism, McFarlane v. Esquire, and Sherrod v. Andrew Breitbart. He has represented President Clinton in the negotiation and publication of a book, and defended First Lady Barbara Bush and author John Grisham in libel and copyright cases, respectively. He serves as a counselor to families owning media conglomerates, advising on the evolution of their businesses in a digital world.

Mr. Sanford is the author of Sanford’s Synopsis of Libel and Privacy (Funk & Wagnall’s), a 40- page handbook written for reporters that has become the most widely used newsroom reference on the subject, and Don’t Shoot the Messenger: How Our Growing Hatred of the Media Threatens Free Speech for All of Us (The Free Press) an examination of the erosion of trust between the public and the press in recent decades. 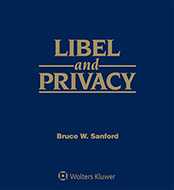