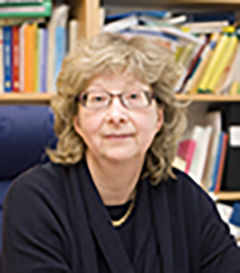 Birgitta Nyström is a professor of Private Law at the University of Lund in Sweden. She has been working as a researcher and teacher in Labour Law and Business Law at the faculty of Law. Her main research areas are Swedish and Nordic Labour Law in a European and globalized perspective with a special interest in collective Labour Law and industrial relations.

During the period 2009–2115 professor Nyström has the Swedish Research Council’s Chair in Swedish and European Labour Law. She has numerous appointments as board member in research councils and government institutions, i.e. the State Mediation Council.

Since 2007 she has been one ot the 15 Experts in the European Committee of Social Rights; Council of Europe´s regulatory body for the European Social Charter.

Her publications are mostly in the fields of labour law and European labour law. Professor Nyström is one of the authors for the International Encyclopaedia for Labour Law and Industrial Law published by Kluwer Law International.

It provides a survey of the subject that is.