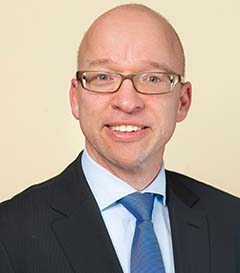 Ben Kiekebeld is associate partner and has worked for Ernst & Young Belastingadviseurs LLP since 1993. He is Leader of the EY Dutch Innovation Group and is member of the EY EU Tax Services. He is the regular tax adviser of several Dutch (listed) multinationals.

Ben is Chairman of the section for European Fiscal Law of the Dutch Association of Tax Advisors (NOB).

Ben has published several national and international works in the field of European Tax Law and is also a regular guest speaker at conferences, courses and lectures. Ben is amongst others author of the book ‘Harmful Tax Competition in the European Union’ in the EFS Brochure Series from Kluwer and co-editor of the book ‘Nederlands belastingrecht in Europees perspectief’ in the Fed Fiscale Brochures series. He is the general editor for the EC Tax Review.

EC Tax Review provides up to date coverage of developments in Community tax law as it affects member states. Published six times a year, it provides comprehensive and timely analysis enabling you to anticipate the effect of EU tax law on the regime

Free movement of capital is at the heart of the Single Market and is one of its "four freedoms". It enables integrated, open, competitive and efficient European financial markets and services....For citizens it means the ability to perform many