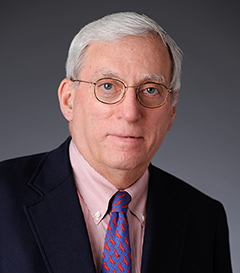 Mr. Fleischer has led Fried Frank’s Mergers and Acquisitions practice for over 40 years and is currently Senior Counsel. His practice encompasses representing acquirers, targets and investment banks in both negotiated and contested transactions. He frequently advises special committees formed to review buyout proposals and corporate restructurings, as well as boards of directors on corporate governance issues.

Mr. Fleischer served as Executive Assistant to the Chairman of the United States Securities and Exchange Commission from 1961 to 1964.  He is co-author of Takeover Defense: Mergers and Acquisitions (Wolters Kluwer/Aspen 7th edition, 2016) and the author of numerous articles on securities regulation.  He is also co-author of Board Games: The Changing Shape of Corporate Power (LittleBrown & Company, 1988).

Mr. Fleischer is consistently recognized by Chambers Global: The World's Leading Lawyers for Business and Chambers USA: America's Leading Lawyers for Business as a Senior Statesman in Corporate/M&A.  He is also consistently recognized by Legal 500 in M&A: Mega Deals. He received the "The Simeon E. Baldwin Award," an award that recognizes distinguished achievement in law and business, from the Yale Law School Center for the Study of Corporate Law in 2009.  He was the recipient of The Chambers Award for Excellence in Corporate/M&A in 2006 and was named a "Dealmaker of the Year" by The American Lawyer in 2001.