Loading...
We know your business is rapidly adapting to the global COVID-19 outbreak. If you need assistance with your Wolters Kluwer products or would like to get more information on a complimentary Guest Pass to any of our online products, please contact your representative. To help you stay informed and navigate the changes, Wolters Kluwer is providing free insights and resources. View Resources here >> Close
About Us Experts Andreas R. Ziegler 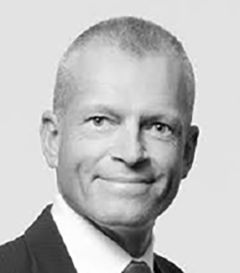 For several years he worked in practice for the Swiss Government, the European Commission, in the Secretariat of the European Free Trade Association and in a law firm in Zurich on trade and investment issues. In this function he negotiated many multilateral and bilateral agreements and was also a delegate to the WTO, UNCTAD, the OECD, the Energy Charter and other international organizations.

He is on the WTO’s roster of official panellists as well as on the list of conciliators of the International Centre for the Settlement of Investment Disputes (ICSID). He is the Academic Director of the LLM Program in International and European Economic and Commercial Law at the University of Lausanne and a Deputy Director of the NCCR Trade based at the World Trade Institute of the University of Berne.