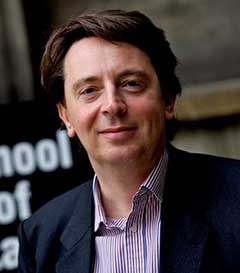 Andrea Biondi is Professor of European Union Law and the Director of the Centre for European Law at King’s College London. He is a visiting professor at Bocconi University Milan and Freie Universität Berlin.

He was previously a visiting professor at the College of Europe in Warsaw, Georgetown University and Universidade Católica Portuguesa of Lisbon. He is an Academic Associate at 39 Essex Chambers in London. From 2015, until January 2017, he was Legal Advisor on EU law matters for the Italian Prime Minister's Office.

Professor Biondi’s research interests are in European Union law, with particular emphasis on state aid law, trade law and regulation as well as judicial protection of EU rights. He has published extensively on each of these areas. He has provided expert opinion in arbitration proceedings involving EU, State aid and tax law.

Brexit: The Legal Implications goes in-depth on the challenges, options, opportunities, and possibilities that Brexit may bring in the legal areas. Buy now!

The Right to Damages in European Law

All legal systems provide for a form of action for non-contractual liability. This is the first book to present an in-depth discussion of the right of individuals to receive damages in European law....Analyzing relevant ECJ cases, the authors detail

Britain Alone! The Implications and Consequences of United Kingdom Exit from the EU

The United Kingdom has been a member of the European Union for forty three years. Although EU membership has brought numerous indisputable benefits, anti-EU sentiment, simmering for decades, has now reached the point where an upcoming referendum could quite possibly lead to exit from the Union