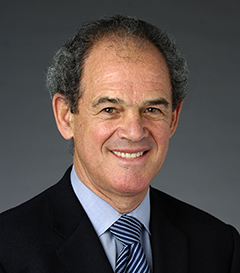 Alex Sussman became a partner in Fried, Frank, Harris, Shriver & Jacobson in 1979 and of counsel in 2009.  He concentrates his practice in securities and commercial litigation and merger and acquisition counseling.  He has represented clients in a wide range of complex matters, including class actions, derivative suits and financing and accounting disputes, as well as in alternative dispute resolution, arbitration and mediation.

Mr. Sussman is one of the co-authors of the two-volume treatise Takeover Defense:  Mergers and Acquisitions (Wolters Kluwer/Aspen Law 2016) and has also lectured and published numerous articles on litigation procedure and strategy, and on takeovers, buyouts and fiduciary issues.